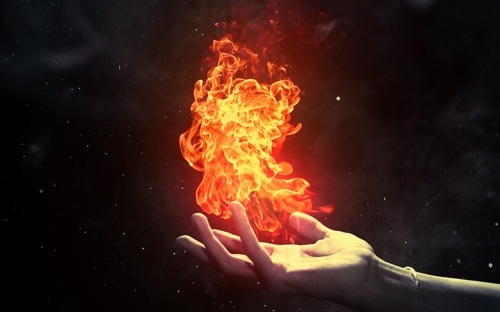 A great force which can be on either pole of positive or negative. When negative, it gives birth to fear and worry, and its focus is on how to influence others. When positive, its kills all fears and worries, and is centered on how to help others. The negative side of this force is what a majority of human’s use, and it is the reason things go wrong for many humans; it is the reason for many problems humans are faced with. Every time we focus on negative desires, we take a step further away from being in harmony with the universe.

Those who seek favor from the universe day and night are ignored because they seek for the wrong reasons. When they are ignored by the universe, they go out of their way to get it at all cost, and in the process, they are caught up in a web of their own making. When they seek favor, they seek so they can use it to influence and control their fellow man, to oppress, and to feel relevant. They are often filled with fear and worry, and when their desires are not met, their fears and worries aggravate.” Everyone I know is doing well, and I am not”; is the sentence on their lips, they desire that they have it all so that he can dominate and become relevant. What they don’t know is that they are not truly living. Instead of living they are dying slowly. Instead of being, they are a walking corpse, a living dead. For their fears and worries eat them from within, slowly, day by day.

You think you move and act because you are in control? It is that great force desire, that propels you to action. A great force triggered when the great light emanated in the genesis, and with it positive desire of love, it impregnated everything with life and energy, in other that everything may evolve. However, a lesser light contrary to it emanated, filled with negative desire, seeking not to evolve but to devolve.  If this light descended into matter as we all agree and as read into the previous chapter, then this light is in man. It means therefore, that in man is found this great force of desire; an instrument for creation and action. And in man is also deposited the opposing force; an instrument for destruction and inaction. A force if not properly used through love to evolve but rather to destroy, will break the man slowly, pieces by pieces, as time passes on.

To those who have very imaginative mind, let us picture desire like a burning gas, as yellow flames that grow and become blue. If you place anything on a gas, without turning on the heat, it will remain there without any changes right. This is what happens when you don’t apply desire at all to anything that you are engaged with. If you place anything on a gas and want it to burn faster, then, the heat must be turned up. Likewise, if you want it to burn slow, then you must turn down the heat. If you do not remove what is on the gas, over time it will completely burn. This is degree of power that the force called desire possesses, and this is how it operates and destroys man, if not properly checked and controlled. If this great force desire is properly used through love, without attachments, it becomes a regulated fire. If this force is used negatively, it becomes an ever-present fire, burning and consuming everything around it.

What then, shall man not have desires? Man should have positive desires, and shall use these desire for his purpose, and shall will it however he pleases, but this force desire shall not use man. But this is not the case, men don’t rule, but desire rules men, and men submit themselves to it.

All things are good for man to use, and will as he please, but all things are not good enough to use man, and subject man to their will. He who must therefore desire, must desire without attachments and by so doing he shall tread on the head of the serpent. That great serpent, “desire”.

All problems, negative situations, abominations, greed, lasciviousness, and passions are rooted in desire, and just like a burning light, it grows more and more as you gratify and yield to its demands and will. Overtime, these desires which rule man, shall bite him like a serpent, and its venom shall destroy the light within him.

When you desire, use it as an instrument, just as the painter uses his brush. Steer it to the direction you want it to go. You must master the art of knowing how to use it when you want to use it, not when it wants to use you. After you are done using it, discard it. When you desire to build something, or to acquire anything, summon desire and let it be the fuel to ignite the fire. When you have built, or have acquired, set your heart not to that which you have built or have acquired. If you do not, you become attached to it. When that which you have created is no more, you become worried and in being worried you affect the inner balance within, which also affects your harmony with the universe. This desire which you used to create what you have acquired, will then become a terrible force that will recoil and hurt you overtime.

There is nothing, you cannot achieve with desire, and there are so many things you can never achieve with desire. He who desires to be rich will always desire to be rich even in his grave, and yet may die without being rich. He who desires to be rich, may amass so much wealth, and yet die before fully enjoying any of it. Yet there is nothing wrong in wanting to be rich, it is the attachment to it that is the thorn that pierces and hurts.

How can one desire to be rich without attachment to desire? You desire for money and go about working towards it, when the money comes, take it as just money, and nothing more. Do not get overly excited, it is not a god; you created it in the first place and not the reverse. Use it as you want, and not the other way around. When you lose it, even if you lose all of it, do not get agitated. Maintain your poise and balance for they are two opposite poles of gain and loss, a necessary law that exists in the universe. He who is able to do this, becomes a master over money and not a servant and play thing to it. For many suicides are rooted in desire, the mans will being controlled by these terrible force uses the man as its play thing and his servant.  When the master which is desire, summons them to be afraid and worry, and to commit suicide they answer.

One type of desire for money leads one to think how he can “genuinely” help others with the money he has made, while the other type of desire; that which comes with attachments and thorns, leads to how you can control others, and how others see and respect you. The latter gives birth to pride, and envy, domination and influence over others; it creates a disequilibrium between man and the universe, something which the 48 laws of power did not mention.

Here is an interesting scenario about negative desire in play; You spend so much of your time, desiring and working towards it, and after many, many years, you finally hit it, and you throw parties to announce your arrival. Then while celebrating, you meet a man who has ten times what you have made, and he did it in less than an hour. Your body starts to vibrate as you listen to his success, your head begins to ache, your heartbeat changes, and you may even become sweaty. What an imbalance you have just created within you, an imbalance that can open the flood gate for all sorts of internal complications and your untimely destruction.

Excerpt from The Blueprint Imprinted in the Great Light.

Sebastian Enukorah, has always had a passion for telling stories and loves to write since he was a teenager. His love for beauty, and poetry is evident in his everyday life. While growing up, he always questioned the purpose of our existence as humans, and this has spawned his interest in philosophy. Little did he know that he was about to have an experience that would change his entire life upon his return to London in 2012. Ever since then he has found himself with renewed fresh knowledge and understanding not offered from books but from something greater, not without but within, buried deep in the mind. This became an inspiration and motivation to share this experience and knowledge to the world. He has over many years since this experience become a trained expert in mind, body and soul, the universe and the law of attraction, dream yoga, palmistry and alchemy. Be sure to follow Sebastian on Instagram and Facebook for continuous updates. View all posts by sebastian enukorah